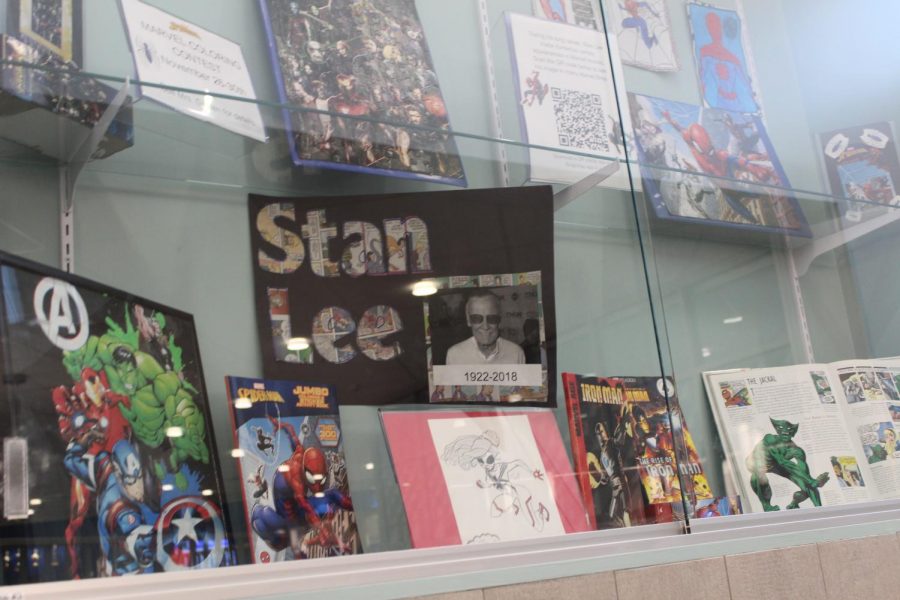 A picture of Stan Lee that will let us remember his great work.

Stan Lee, creator of the Marvel universe, sadly passed away recently. He left a lasting mark on the world, creating famous characters like Spiderman, Black Panther, Iron Man, and many more.

In honor of Stan Lee, Mrs. Christine Golden recently held a coloring contest. She gave students a coloring sheet of Spiderman and asked students to color it to the best of their ability. On December 3, Mrs. Golden gathered five teachers to judge which student’s drawing was the best. Seventh-grade students Amy Yip and Joshua Harkins were the winners of this contest.

Outside of the media center, there is also a display honoring Stan Lee. The is a QR code that anyone can scan allowing students to explore the different cameos that Stan Lee had. You can scan the QR code by downloading a QR reading app or by using Snapchat.

Middle school student, Johann Rodriguez is one of many that are mourning the loss of Stan Lee. He says, “Stan Lee’s work was life-changing to me because Marvel comics is such a big part of my life. I even stay fifteen minutes after every Marvel movie to watch the after credits that foresee the plot for the next movie.”

Thomas Denny, a senior at Holbrook Middle-High School, adds, “It’s like an end of an era.”

If you ever get a chance, stop by the display outside of the media center to remember the man behind Marvel, Stan Lee.