Movie Review: The Clock Is Ticking (to See This Movie) 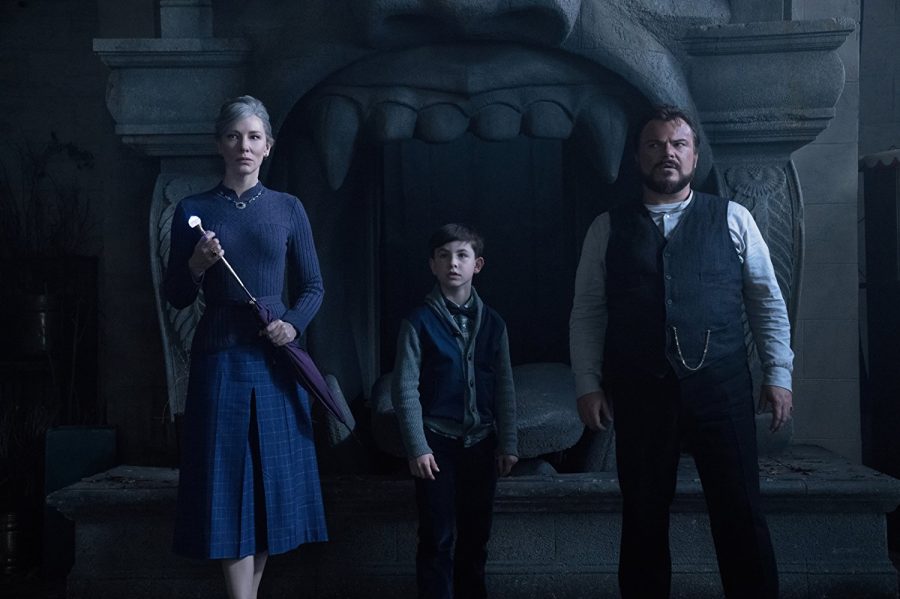 A still image from the movie

“A House with a Clock in Its Walls” is a movie based on the book with the same name. Most book adaptations don’t tend to do well, but this one was surprisingly wonderful. Standing out against competitors, this movie really takes the cake when it comes to astounding visuals, good plot, and a decent amount of humor. Appealing to teens, thrilling for adults, and fun for all, this is the perfect family flick, though it might be way too scary for younger audiences. Do be warned that it does contain magic, which certain individuals may dislike, but if you’re not one of those individuals, then go ahead and watch at your own leisure.

The movie revolves around a young orphaned boy named Lewis (Owen Vaccaro), who moves to a seemingly run-of-the-mill sleepy town to live at the house of his uncle, Uncle Jonathan (Jack Black). Soon, he discovers that not only Uncle Jonathan, but also his neighbor, Mrs. Zimmerman (Cate Blanchett), are powerful practitioners of magic and sorcery. Together, they investigate the dark secret hiding in their mansion; specifically the strange ticking sound they can hear at night, seemingly coming from within the walls themselves.

For a family flick produced by horror director Eli Roth, it delivers well. Maybe I was a bit slow to catch on, but for the first ten minutes or so, the plot was a bit hard to follow. You’ll get a hang of it easily after that though. “The House with a Clock in Its Walls” is basically the perfect stew of ingredients: suspense, mystery, adventure, humor, and a pinch of horror. The acting was pretty good. Jack Black and Cate Blanchett nail down both their humorous parts and their more serious moments. (As if you couldn’t expect a good comedy performance from Jack Black.) The characters are actually really well-developed.

Visually, the movie was good, with the amazing CGI, the old and antiquated design of the titular mansion, and the 50’s setting. The visuals rank close to those of “Skyfall” and “Gravity”. The film’s humorous parts and its horror parts are also executed at just the right time, almost magically. (Pun intended.)

At the end of the day, this movie is in my opinion as close to a perfect movie as it could be. The ingredients very truly compliment each other well: a good mix of humor and horror, good acting, and awe-inspiring visuals. This is definitely a must-watch for the family, unless you plan on bringing little kids or really hate magic and sorcery. (KEEP IN NOTE: At the time of publication, this is only playing in a few cinemas, but it will be on DVD and Blu-Ray on December 18, 2018.)