A Magical Ride at Theater Camp 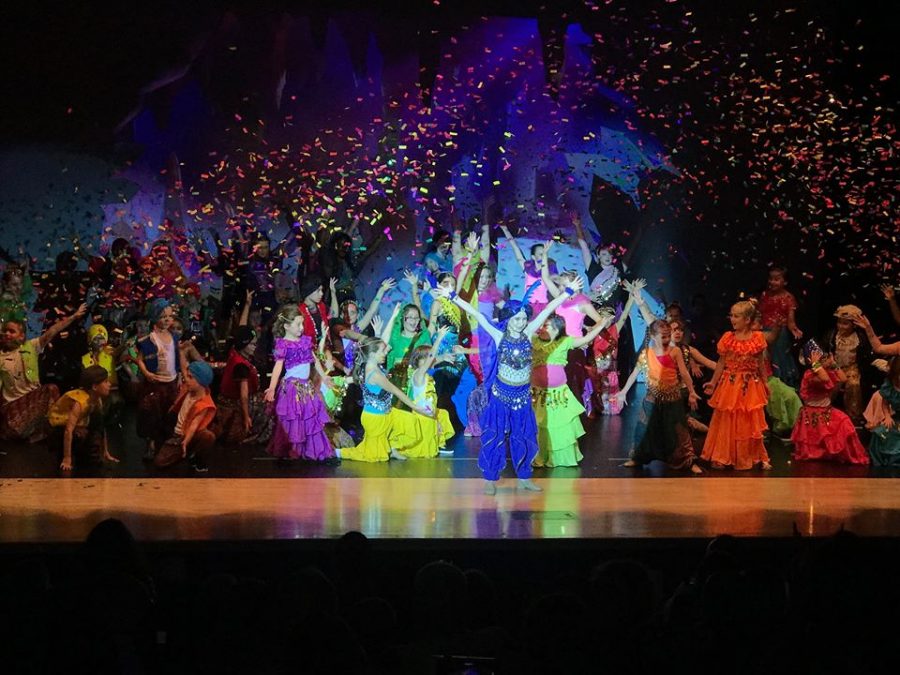 Every year, students from grades kindergarten through eighth anticipate Holbrook Middle High School’s summer theatre camp. This summer, directors Mary Clougher and Paula Morgan were very excited to announce their decision to put on the beloved production of Aladdin: The Musical.

The three-week program began on July 10th.  Students had the chance to audition for the directors, high school counselors, and their peers. From that point on, many talented young performers sang, danced, and acted their hearts out to put on an amazing performance. If campers didn’t feel comfortable auditioning, they weren’t compelled to do so. Likewise, if a camper didn’t feel comfortable being on stage, they were allowed to participate in stage crew and learn to help with lighting, curtains, and building sets. This had been the youngest cast theatre camp had seen in years, but their flair and enthusiasm was there nonetheless. After all of their hard work, the play was finally open for all to see on July 27th.

Returning camper and cast member Sam Hobart says that “Theatre camp is a great opportunity for the younger kids to get comfortable with performing, and for both campers and counselors to build character.”

Jessica West, a counselor from the program, says, “It was a really fun and great experience for the cast and the counselors. I am so excited to be a part of this again next year, and I hope to see some returning campers as well.”