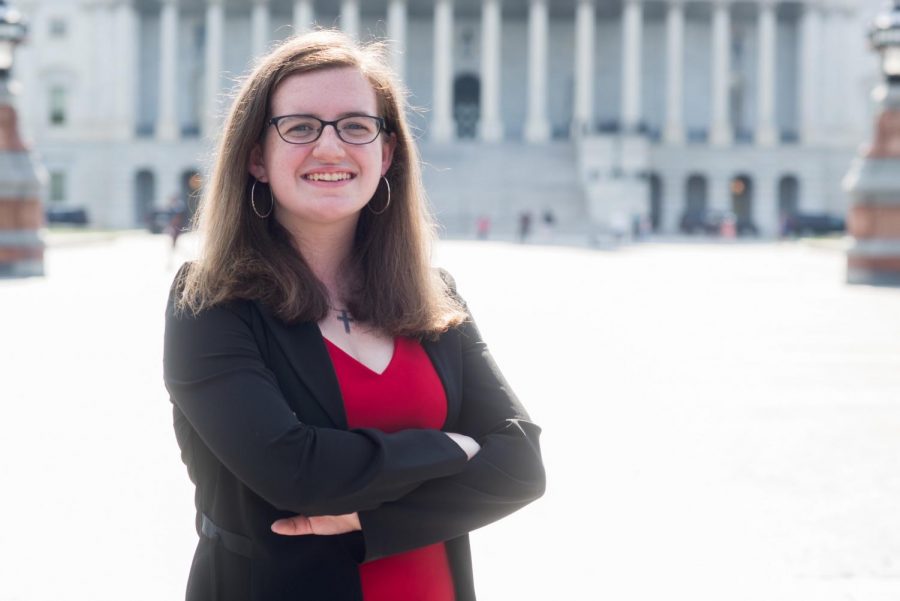 Sarah Ryan in front of the Capitol building in Washington DC

Sarah Ryan, a senior at Holbrook Middle-High School, was recently invited to represent Massachusetts as a National Youth Ambassador for the Campaign for Tobacco-Free Kids. She was selected because of her dedication to the fight against Big Tobacco, especially through her work with The 84 Movement. Ryan is excited to spend the next year as a youth ambassador, advocating for a tobacco-free generation on a national level.

She began her work with Tobacco-Free Kids at the National Youth Advocacy Symposium in Washington, D.C.  This July, she attended a five-day event with other representatives to prepare to expand her tobacco control work in the coming year.

During her week in D.C., she took her advocacy to the next level, having the opportunity to lobby for the regulation of cigars and e-cigarettes on Capitol Hill. She was able to meet with the staff of Senator Elizabeth Warren, Senator Ed Markey, and Representative Stephen Lynch, all of whom were incredibly supportive and invested in the cause.

She also accompanied her partner, Kara Gilliam of New Jersey, to visits with her congressmen. Although these legislators were less supportive, Sarah says it was, overall, a positive experience. She says, “Not only was it interesting to see how the different offices responded to us, but it made me even more grateful for the support we have from Massachusetts.”

During her third day in D.C., Ryan was surprised by the news that, here in Holbrook, a decision that she’s been waiting for had finally been made. While sitting at dinner with her fellow advocates, Sarah got the news that the flavor restriction (which limits the sale of flavored tobacco to adult-only retailers) had been passed in her hometown. The news came after three long years of advocacy, beginning when Ryan first testified at a Board of Health meeting during her freshman year of high school.

She says, “I was in D.C., having one of the best weeks of my life, and still, the best memory was finding out that our policy had been passed. All of our hard work had paid off. Even the efforts we were making at a national level couldn’t compare to my excitement about Holbrook – about the changes we were making in the place that I call home.”